Hyundai boss Andrea Adamo has congratulated the manner in which his team bounced back from its round one World Rally Championship disappointment to win last weekend's Arctic Rally.

Adamo demanded better from his colleagues in Finland after the defence of their manufacturers' title kicked off in poor fashion at January's Rallye Monte-Carlo, which the Italian intimated on Sunday had been the result of burnout.

The Alzenau-based squad won the WRC's only snow event thanks to a faultless display by Ott Tanak, with Thierry Neuville maintaining his strong start to the new season by making it back-to-back third-place finishes.

PLUS: How Tanak froze out the competiton at the Arctic Rally

Difficulties still needed to be overcome in Rovaniemi, however, including an in-car communication dilemma between Neuville and his fellow countryman, Martijn Wydaeghe.

Adamo was also called upon to help get to the bottom of why Craig Breen was struggling to find the i20 Coupe WRC car's sweet spot on his return to the series for the first time since last September's Estonia Rally.

Having analysed data with engineers at the Sunday regroup, it emerged the Irishman's driving style was "upsetting" the car.

"After the rally, what I am happy to say is that I see that people have done the same approach we had last year and that allowed us from Estonia onwards to really fight back and win the manufacturers' championship," said Adamo when asked to assess the weekend. 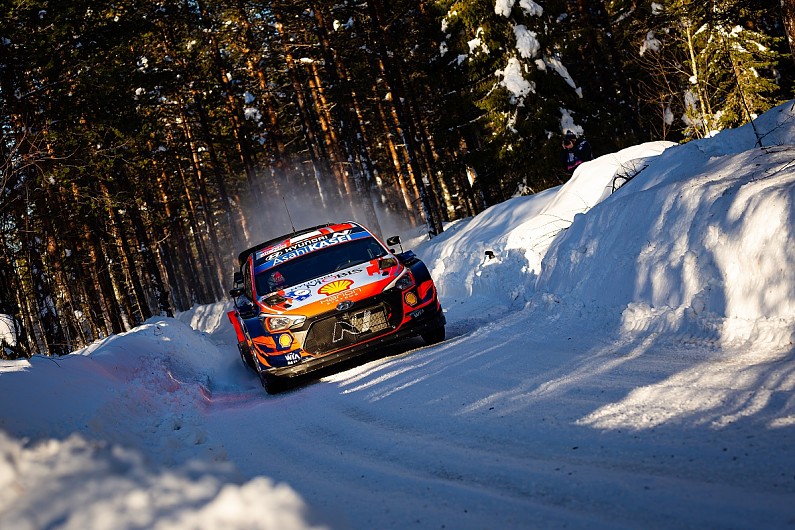 "Not in terms of the performance, but in the approach, we should have done and I question myself first of all.

"I really think here that we've prepared [for] the event in the way we were used to, and in the way we have to, with the determination that is needed.

"Also, to relax after Monte-Carlo was needed because some of my people [were] very tired.

"Because I have to say, after Estonia onwards, my people have been working hard - they didn't come home for a long period without seeing family, children and so on for months. Sometimes, I have to manage the things under this point of view.

"After Monte-Carlo, I said only a win would have been enough to allow us to come back to the level we need to be. We needed to be more focused and better prepared.

"The team did an amazing job, and this result reflects that. We understood our faults, me first of all, and we responded in the way we needed."