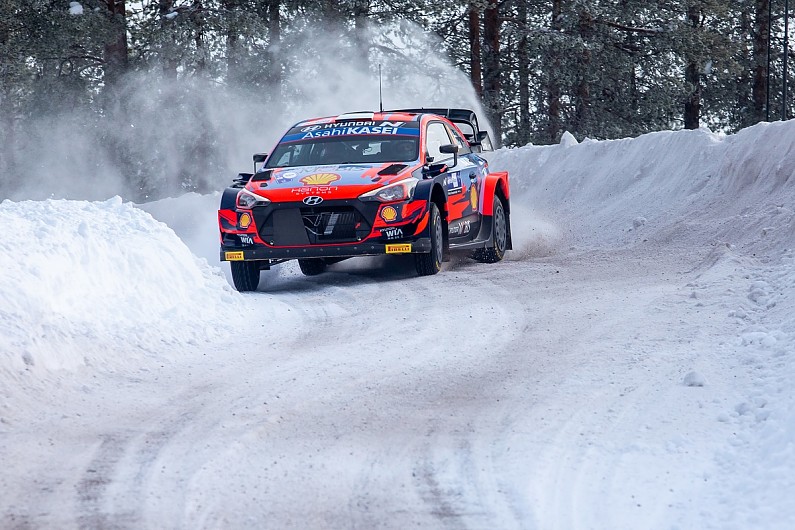 Hyundai's Ott Tanak holds the overnight lead after the first day's action on the Arctic Rally, the second round of the 2021 World Rally Championship.

Although it is one of Europe's oldest rallies, with a roll of honour dating back to 1966 and featuring names such as Hannu Mikkola, Ari Vatanen, Henri Toivonen and Tommi Makinen, the Arctic Rally is a debutant on the WRC schedule.

Lapland made a late substitution in place of the traditional Rally Sweden, which was originally scheduled for this weekend.

The Swedish event was abandoned due to concern over the ongoing effects of the coronavirus pandemic.

One significant benefit from moving inside the Arctic Circle has been the guarantee of snow, after recent snow-free editions of the Swedish event.

Even so, the temperatures for much of the day hovered just above freezing point and tyre management in such conditions became of paramount importance.

The opening day consisted of two passes through one the longest stages of the event, the 31.05 km Sarriojarvi test.

The first pass was made in crystalline afternoon sunshine and the second in full darkness with spotlamp clusters ablaze.

Toyota's defending drivers' world champion Sebastien Ogier, winner of last month's Monte Carlo Rally, led the field away and bore the brunt of the road sweeping duties as a result.

The Frenchman's pace was considerably compromised by the virgin snow, even after his Toyota team had managed to convince the organisers to send a plough through the stage on Thursday evening. 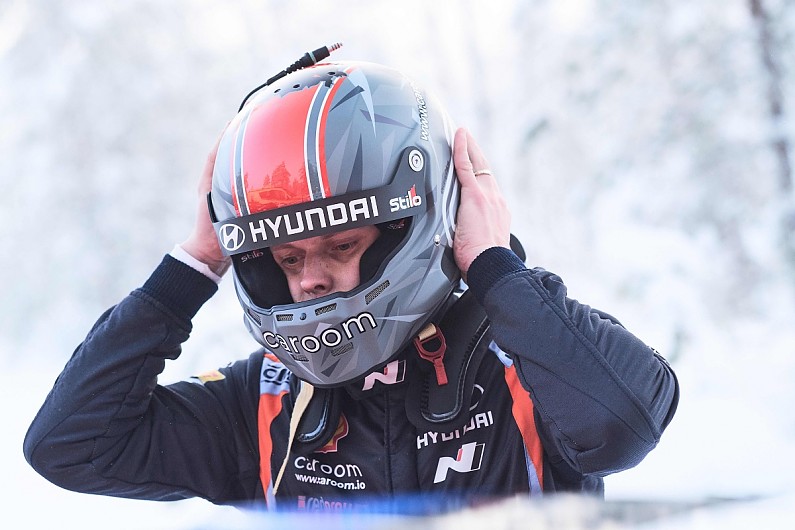 Britain's Elfyn Evans, winner of last year's Rally Sweden, ran second on the road in his Toyota and was able to hang on in the top five overall after a typically gutsy performance, just over two seconds behind the Hyundai of Thierry Neuville.

While the men at the top of the points standings struggled, the advantage lay with those drivers further down the running order, and for many people the pre-start favourite was Toyota's 20-year-old charger Kalle Rovanpera, who won this event in 2020.

The youngster set a blistering pace in the early part of his first run but then dropped 12 seconds extricating himself from a snow bank, handing the advantage to the Hyundais of Tanak and Craig Breen.

Estonian Tanak, the 2019 drivers' champion, set a time 3.6 seconds faster than Breen, with the Irishman frustrated at not being able to make better use of his optimum road position as the last WRC car in to the stage.

After nightfall, the second pass of the day revealed that the road surface had changed considerably after the passage of 55 cars on hot, studded tyres.

Many drivers found that their front tyres were being excessively worn and, for overnight leader Tanak, there was considerable relief to be going back into service.

He alone elected to carry only one spare wheel with him in order to save weight, and this meant that he had to drive creatively to ensure that he preserved his rubber.

"I knew that it's going to be a disaster for the tyres," Tanak said after securing his 16-second lead overnight.

"I tried to be very, very nice since the beginning and after 10 kms I felt that 'shit it's finished' and I still had 20 to go... so in the end it was just handbrake (to slow the car)."

The action continues on Saturday with a loop of three stages to be run both in the morning and after the lunchtime service halt.