2019 FIA Formula 2 champion de Vries linked up with Mercedes following his championship victory, signing with its squad in Formula E ahead of the 2019-20 campaign.

The Dutchman scored his maiden Formula E victory in the 2020-21 season-opening Diriyah E-Prix last weekend, dominating from lights-to-flag in the Friday race.

But in announcing its plans for the 2021 season, Mercedes confirmed that de Vries would be joining its F1 support roster for the coming campaign.

"We also have a strong reserve driver line-up for the 2021 season, with Stoffel Vandoorne continuing in the role alongside his Mercedes team-mate in Formula E, Nyck de Vries," Mercedes stated in its W12 car unveiling press release.

It marks a first official F1 role for de Vries, who previously only served as a development driver with McLaren when he was part of its young driver academy.

De Vries enjoyed his first F1 test at the end of last year when he took part in the Abu Dhabi rookie test at Yas Marina for Mercedes (below), running alongside Vandoorne. 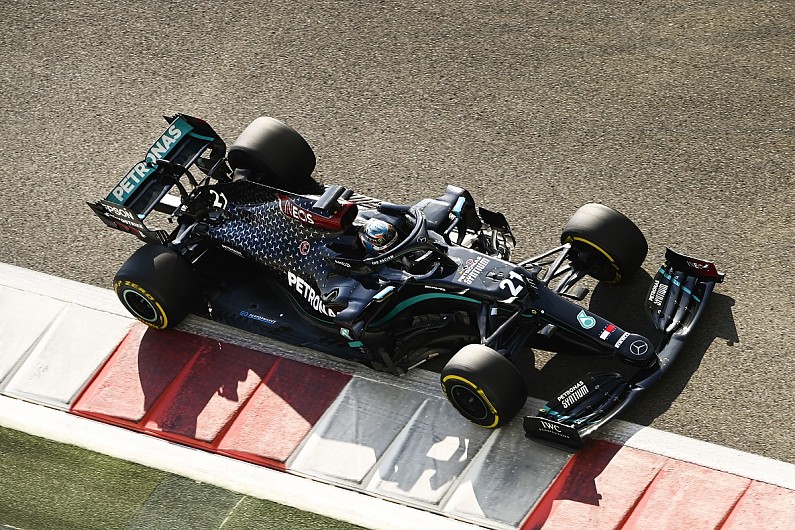 Gutierrez has not been listed as part of Mercedes' line-up for the coming year, but it emerged last summer that his superlicence had expired, making him ineligible to race in F1.

It emerged that Gutierrez was no longer eligible to race, though, as he had not raced in F1 for the past three seasons, meaning he had to complete a 300km test to regain the superlicence.

De Vries has held enough points from junior categories to race in F1 since 2016, as well as clinching all of the required points in one go by winning the F2 title in 2019.

Mercedes has only been forced to call on a replacement driver once in recent seasons, when Lewis Hamilton tested positive for COVID-19 ahead of last year's Sakhir Grand Prix.

The team opted to draft in junior driver George Russell from Williams for the weekend instead of placing Vandoorne in the cockpit.